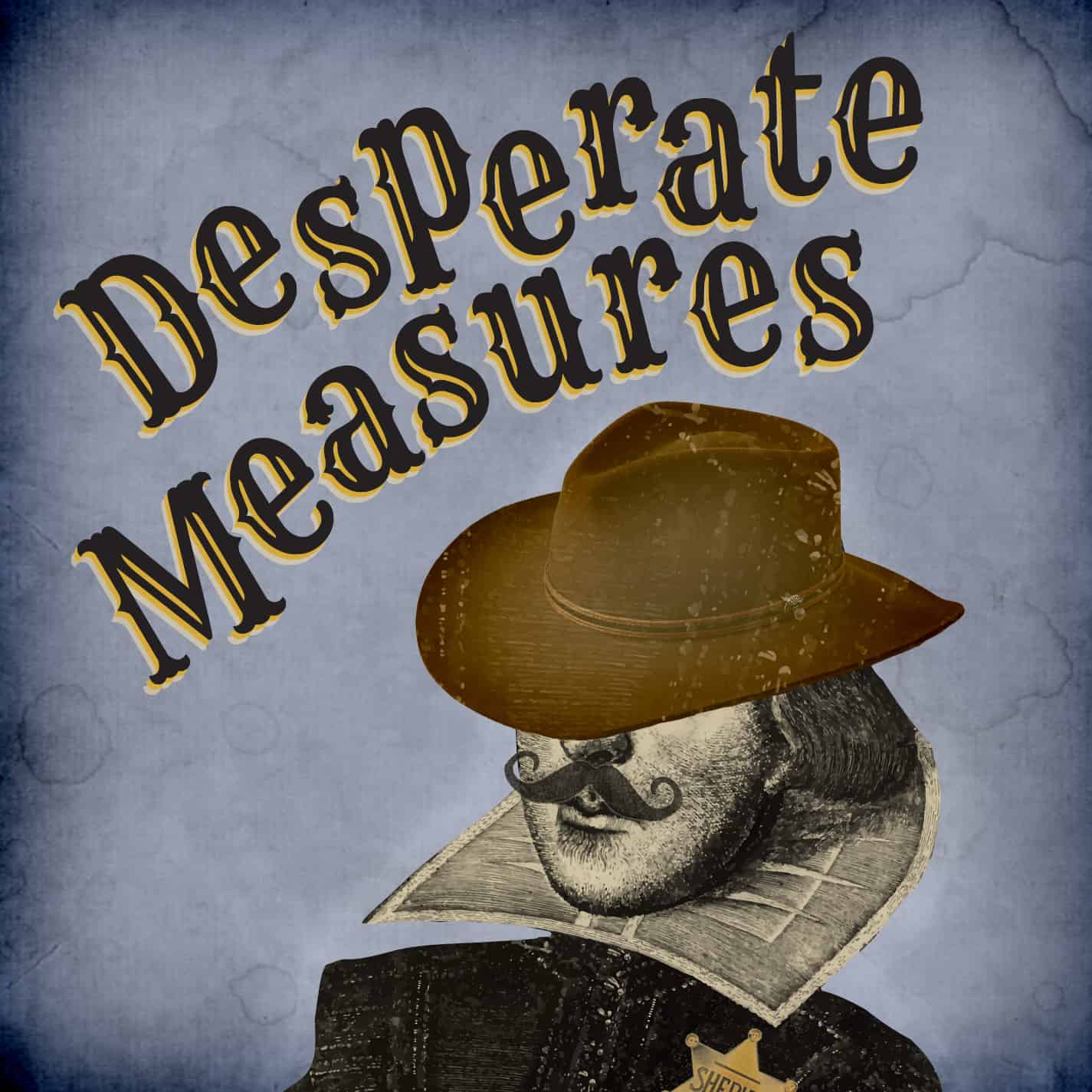 When a dangerously handsome Johnny Blood’s life is on the line, he must put fate into the hands of a colorful cast of characters including a mysterious sheriff, an eccentric priest, a narcissistic governor, a saloon girl gone good, and a nun out of the habit. Together, they face uncharted territory as laws are broken and hearts are won. Before the sun sets, will they be able to rise up and pull off the greatest act yet, or will Johnny be left hanging?
Desperate Measures is a witty and wild new musical comedy set in the Arizona territory in the late 1800s, that takes Shakespeare’s Measure for Measure and shakes things up! We are proud to introduce something new to our audiences this season! Contains comedic adult situations.