The moose (alces alces) is the largest member of the deer family, and also the largest wild animal to inhabit Rocky Mountain National Park. When we say moose are large, we mean it: male moose, called bulls, average up to 7 feet all at the shoulder, and can weigh in excess of 1,500 pounds!  Female moose, called cows, usually aren’t as big as bulls, with an average weight of 450-800 pounds.

Moose are identified by their large size, thick coat of chocolate-brown fur, humped shoulder, bulbous nose, and ball of skin (called a “bell”) hanging from their neck.

Bulls also grow large palmate antlers, which can spread up to five feet across. These antlers are used during mating season, which occurs usually around September or October. Bulls may spar or fight with other bulls while competing for a mate, and cows also select mates based on antler size. After mating season, a bull will shed his antlers, which will grow back larger for the next season.

Cows have an eight-month gestation period, and usually give birth in May or June. Cows typically bear one calf, or occasionally twins. For the first year or so, calves will stay with their mothers at all times.

Unlike most other members of the deer family, moose are usually solitary creatures. Exceptions to this solitary lifestyle include calves that stay with their mothers, and moose that may also gather in groups during mating season.

The moose population is currently growing in the park, though it hasn’t always been that way.

Historical data suggests moose were only transient visitors to Rocky Mountain National Park, with little historical evidence of permanent breeding populations in the area. That all changed in 1978 and 1979, when the Colorado Division of Wildlife transferred groups of moose from Utah and Wyoming populations to the Never Summer Mountain Range along the west edge of the park.

The moose quickly prospered in the area. In as early as 1980, moose inhabited the west side of Rocky Mountain National Park. It turns out the park is prime moose habitat, with the animals particularly favoring the meadows and willow thickets of the lush Kawuneeche Valley.

Today, the animals continue to thrive throughout the park. Moose sightings are common, with sightings on the west side of the park occurring almost daily. In fact, moose are often seen right within Grand Lake, sometimes even walking right down the town’s streets!

Indeed, Rocky Mountain National Park and Grand Lake are great places to see moose. Although moose are not usually aggressive toward humans, they certainly can be, especially during mating season or in defense of small calves. If you see a moose, don’t approach or bother the animal. By keeping a safe distance, you can safely enjoy these wonderful creatures, which are yet another wonderful part of the Rocky Mountain National Park experience! 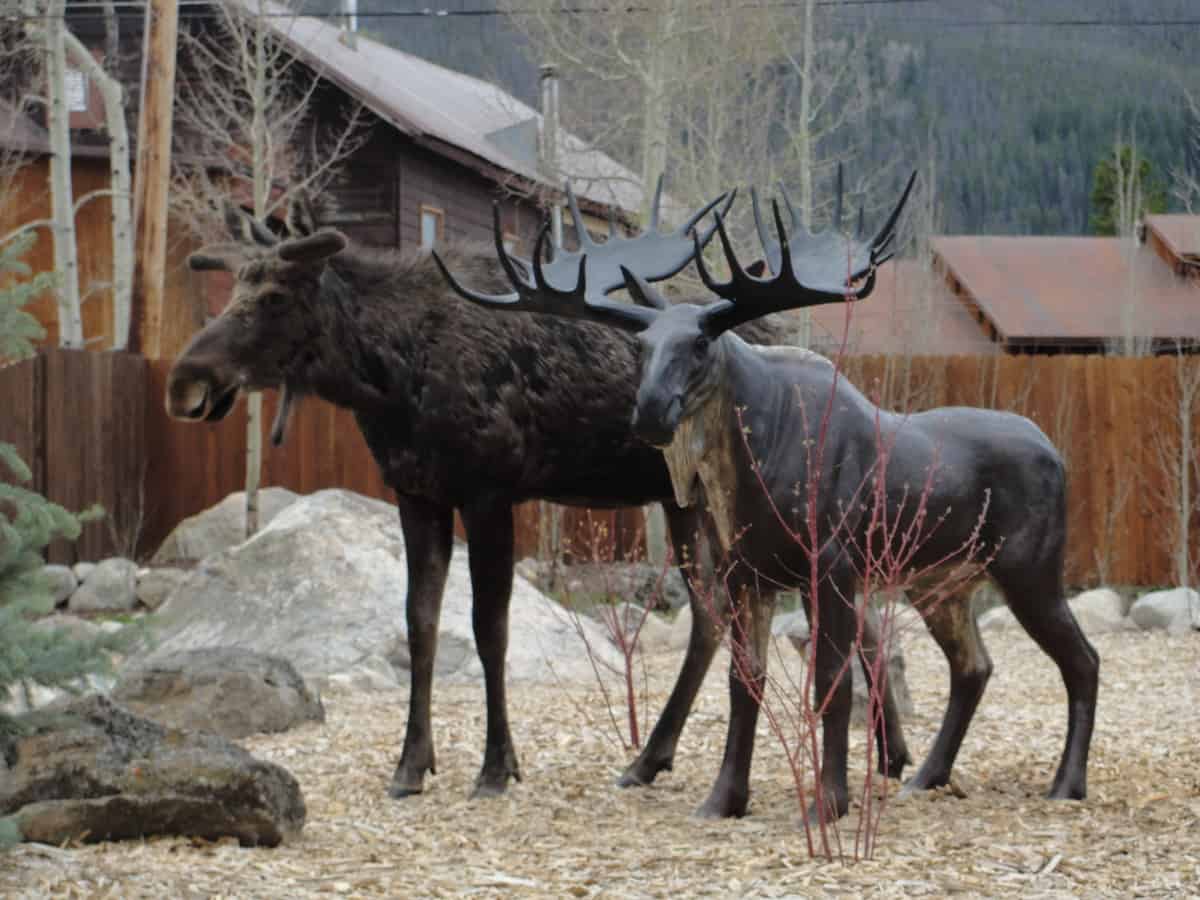